With all the local hype associated with this movie, it was about time that Brian and I went to see it.

Sean had seen it in the fall with a date and then they went to the diner where a scene was filmed. Also, we lived under 3 miles from where it was filmed (for 2.5 years in an apartment complex as newlyweds) and wanted to see the different neighborhoods and they did look familiar too! Tina Fey and Todd Rundgren are from close by this area. There was a scene when Bradley Cooper’s character was talking to the principal of the high school. I know several people, including one of my bridesmaids who went to ‘Prendy’.

This is a neat shot from the movie. I’m not sure if I ever ate here, but we have been by the Llanerch Diner many times.

Bradley and Jennifer Lawrence were really good in this movie (this was suppose to be Halloween, hence the waitress in the funny outfit-lots of locals here).

We’ll have to go explore down here, just outside of Philadelphia, one of these days. I think there is a tour that correlates with the scenes in the movie.

Today, Brian and I went on what I thought would be easy caches finds, but alas they weren’t! We saw places that we have never been to, so that’s really one of the main reasons to cache! The phone navigator wasn’t working great though. Got some more exercise! 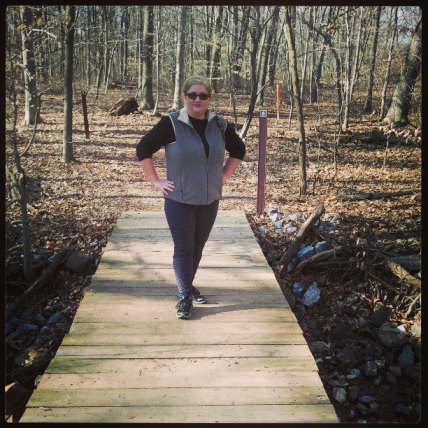 Brian look perplexed at a bridge cache. I saw a picture of what we should have found, and we surely didn’t see it.

We did find a pretty awesome one that looked like an electrical box on a sign for a restaurant complex. 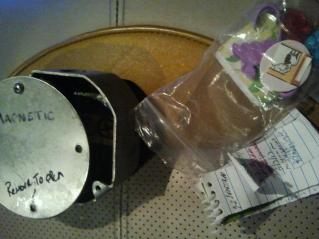 You find some you don’t!