Wow, it’s been a while since I posted on my blog! With the short time between Thanksgiving and Christmas, life moved pretty quickly! I was making cookies right up to Christmas eve. Sean and I went to visit my mom on Christmas eve, came home and ate shrimp and ravioli with Brian and headed to Chadds Ford to midnight mass. It’s been our family tradition for a number of years now, but we try different churches. The church in Chadds Ford even has trumpets! It makes the event extra special.

Our Christmas was quiet, just the three of us. I made a nice roast beef dinner that night. The next day, Sean and I went to visit my youngest brother and his family. That was a nice time with some laughs. Their home and food during the holidays is wonderful.

Since Sean isn’t doing retail anymore, he can do stuff on the weekends. I have wanted to see the Christmas Village in Philadelphia, so we went on the 28th. I always love opportunities to take photos of the city I’ve know all my life, so I brought the camera along. Sean is great doing city driving. I’m good at navigating, so I remembered Macy’s was near City Hall. We did a mini walking tour from Love Park (designed by Kevin Bacon’s dad Edmund), to the Comcast Center’s Christmas video (it was pretty amazing)in their lobby to Macy’s and then Reading Terminal Market.

Here are some shots from that day and evening:

This is an area outside the PA Acadmy of the Fine Arts. We visited here in March; not to see the museum, but to go to the Philly Flower Show and looking for a cache near here! The airplane is real with a greenhouse in it! Not in this kind of weather though.

We were parked near here, so went again to look for the cache with no luck again. There was a man doing photos, so he was distracting. We did go back when we were leaving and because of a bright light, I found it this time! 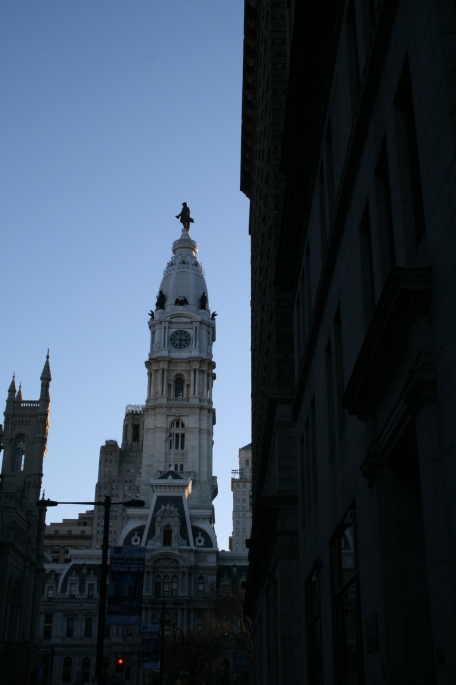 There are a variety of little booths to buy things and a few places to eat. I bought some bacon jam!

Sean at Love Park and the city’s official Christmas tree! 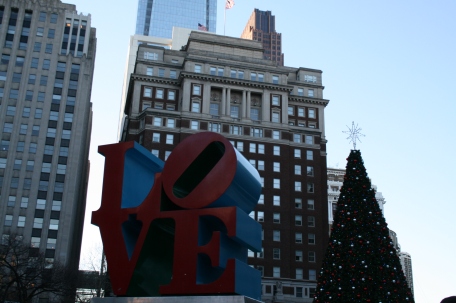 Why it’s called Love park. I am hoping the hubby and I can go pose here on our 30th anniversary in an few months.

The lobby in the Comcast Center. Pretty cool.

Part of the Comcast show-it was huge and crystal clear!

They even blew snow out of this display at one point! 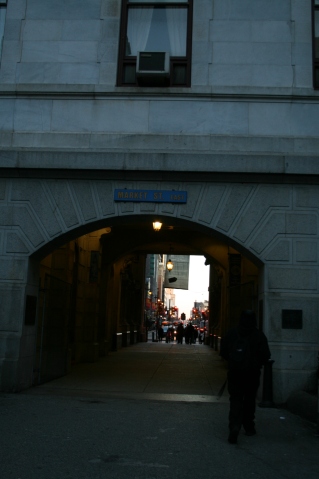 That was pretty neat seeing all these interesting sculptures 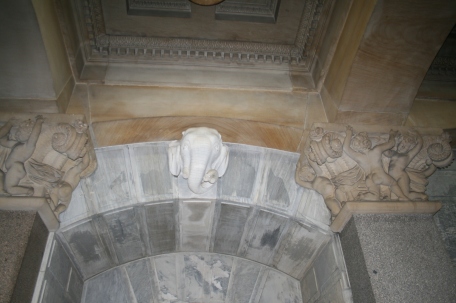 We were headed to Macy’s which use to be John Wanamaker’s when I was a kid. We’d go into the city to see the walled light display, Dicken’s Village and eat lunch in the Crystal tea room. The displays are still there, but the Crystal tea room is now private. That was really a treat!

The light show wasn’t going to be run for an hour, so we went up to see the village. That was too crowded. We ended up going down to The Reading Terminal Market for some Chinese.

Here are a few of the display windows in Macy’s: 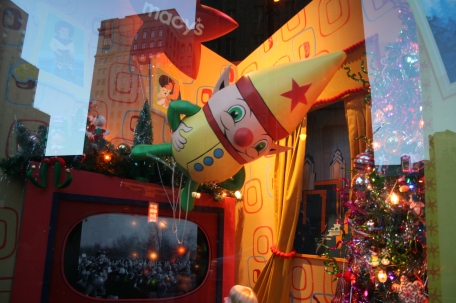 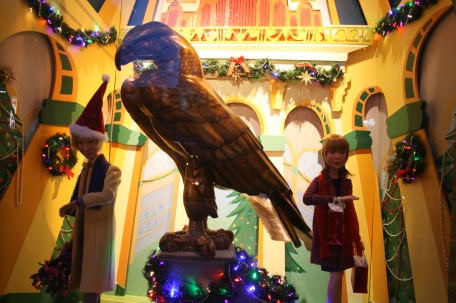 There is a big Eagle in center court and if you and your family or pals wanted to met to go shopping, this is where you’d wait!

The wall with the Christmas show and glorious tree before it started.

The tile work for the old name. 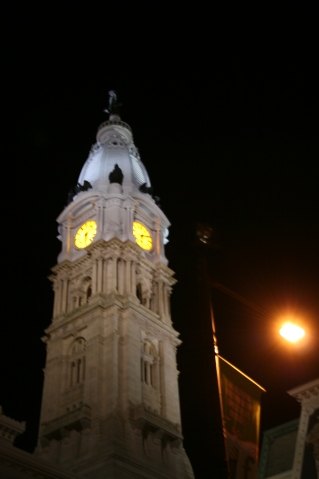 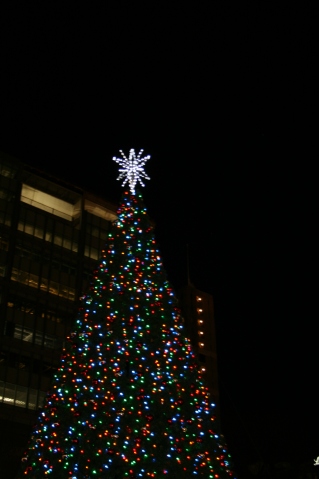 A few nice shots of our tree and decor: 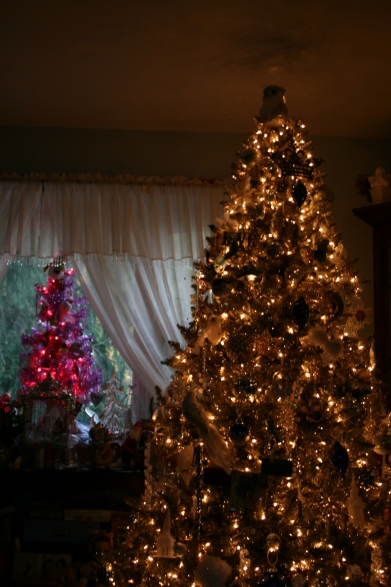 These are mostly rediscovered treasures!