They say it gets worse before it gets better. I have things scattered all over the place now that I emptied the tea cart this morning. Brian’s small collection of beer steins, some bar stuff (we hardly even drink); vases, and other things that had no business being there. We have used the cart for over 24 yrs. It gets dusty. You can’t see what’s on the bottom shelf. When I took it away, it really opened up the space! I think the next step, that’s after I clean everything, will be rearranging the china cabinet. Did I tell you I hate the china cabinet? It was given to me by the in-laws when we moved here as she was getting a new one. It’s 60s-70s Early American, I can’t stand that chunky stuff! I want a white one to tie in with the kitchen cabinets. One of these days.

Bro #2 cat got out of his apartment and was missing. I’m not sure what the kitty status is today. I know bro stopped at the SPCA to see if anyone picked the cat up. He is really a scaredy cat to the 1st degree. I told him that when our mostly housecats get out, they always come back. It helps that I was sitting in the lawn crying for Cosmo. He couldn’t stand that. But our first cat Jade was declawed. We had to leave her out as we went to a picnic. When we came home, she was up against the back of the house waiting.

Bro #1 is losing one of his oldest pals from cancer. I guess his pal is about 54 like he is. When I think of his friend, I see him smoking. #1 spent the entire day with his pal in the hospital on Sunday. So sad.

I was bored and sneezy yesterday-so I made this:

I am pleased to announce that one of my photos is being used on Schmap-an Orlando travel site. If only I would get paid. : ) It’s the guitar fountain from the Hard Rock Hotel. We did stay there, but had some room issues…I won’t go into it here. It’s totally a great place, but they should keep pets out of the rooms. 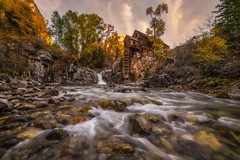