Before we headed to Ocean City, the three of us went about 70 miles to Ringing Rock County Park in Bucks County. A hammer was found and loaded in the car! Sean had just gotten his new car and wanted to take it for a test drive. It was one of those places that you have heard about and needed to see in real life. Plus it was an earth cache! We got there a little late, but the parking was close to the big field of rocks. Apparently their content of aluminum and iron makes them have a bell like sound when struck! Brian and I stated on the perimeter while Sean climbed a bit more into the main area. Brian didn’t have flexible shoes on and I just can’t climb that well. I got to hit a few rocks though. The field of boulders is in 7-8 acres of the 128 acre park. Apparently there is a waterfall too. We all agreed to go, not knowing it was 70 miles. I guess we travel enough to think that isn’t too far.

This is what we saw after a short hike! 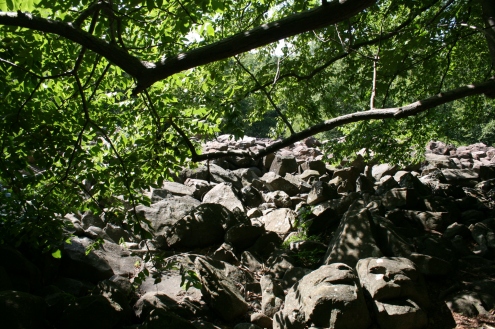 I was hamming it up for the camera knowing I needed to post a photo for geocaching.com

Sean getting into the field

Brian had a rough time in his work boots. 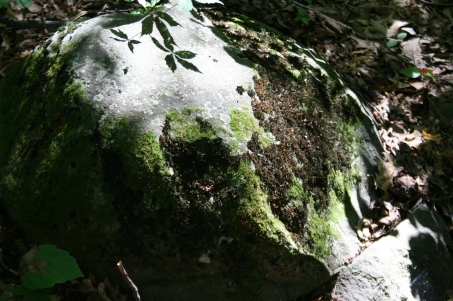 No one is sure why these rocks are here, but it’s been forever!

We later went to Pizzeria Uno and grabbed a few caches. Just a fun different thing to see.

Shame on the park for having one, stinky porta potty! We couldn’t get within a few feet of it.