We had plenty of time after our tour of Middleton Place Plantation to explore the city. We found a place to park and walked down to the Brown Dog Deli on Board St. The young lady who waited on us happened to be from the Chesapeake area of Maryland. Later a young man who waited on us said he was from New Jersey. Small world! The sandwiches were so big, Sean and me saved half of ours for lunch the next day at the rest stop on the way to Williamsburg.

So we walked around a bit and even drove over to see Waterfront Park. Before that we had done a virtual cache in Washington Park. I still need to email the cache owner the dates from the signs. 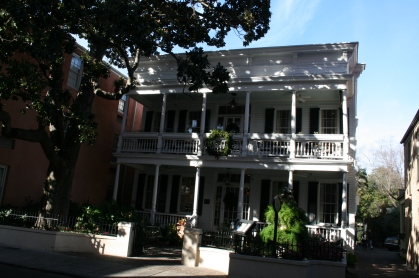 These are places I dreamed of seeing for years! Some were decorated for Christmas, but they were prettier at night. 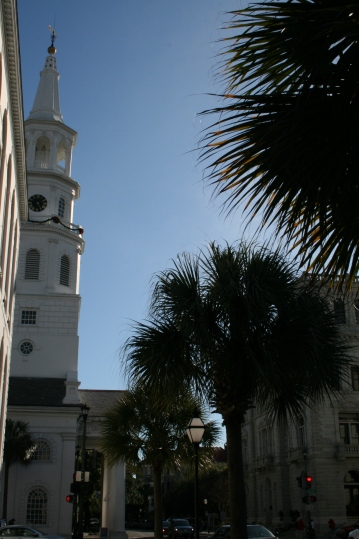 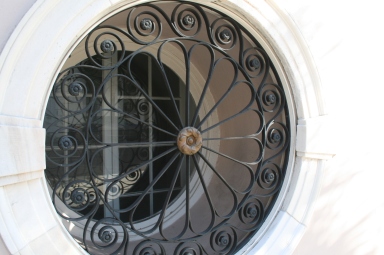 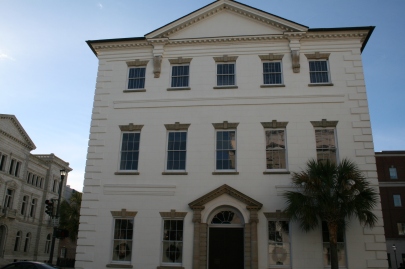 We saw several residences with these preservation awards! 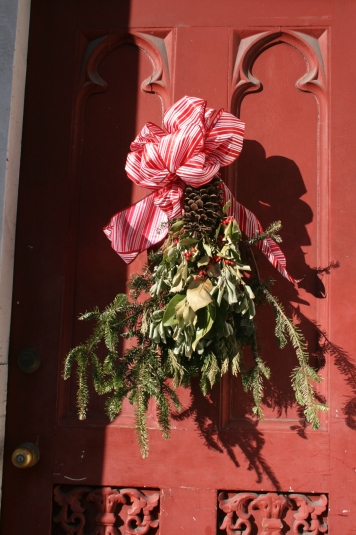 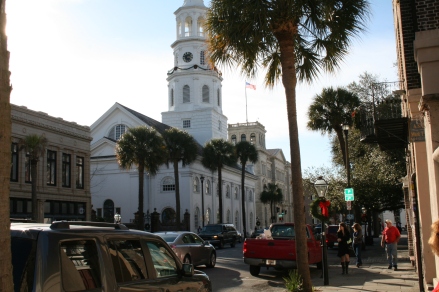 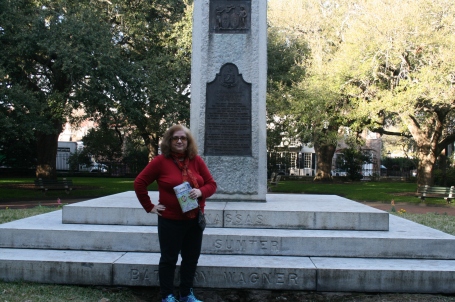 Here I am at the virtual geocache at Washington Park 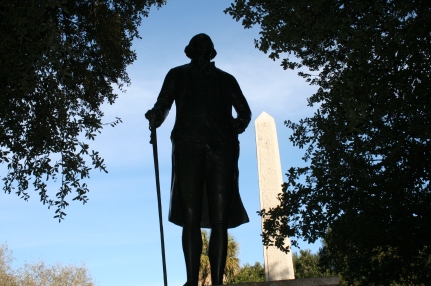 Here is George watching his park! 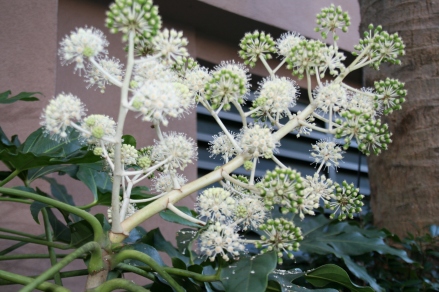 Not sure what this flowering plant was, but I liked it! 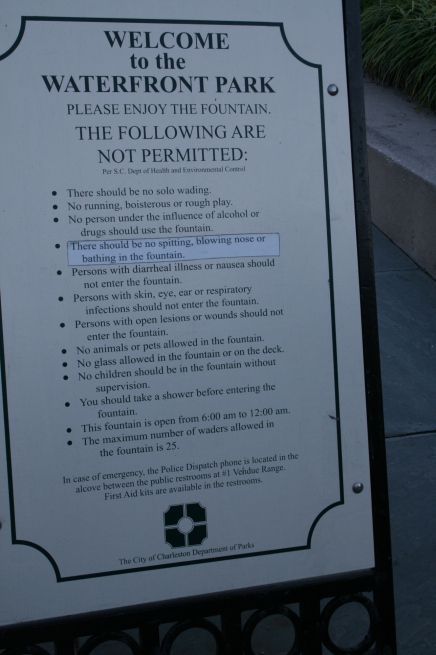 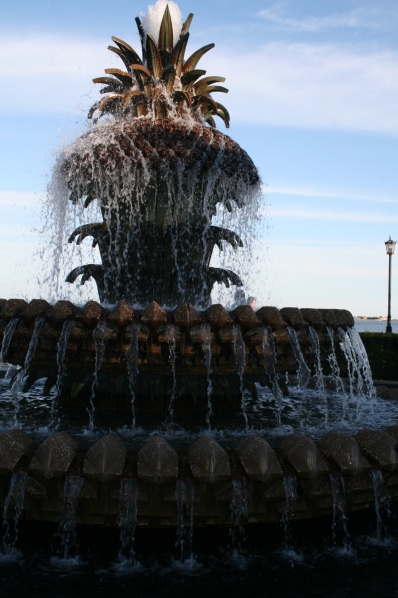 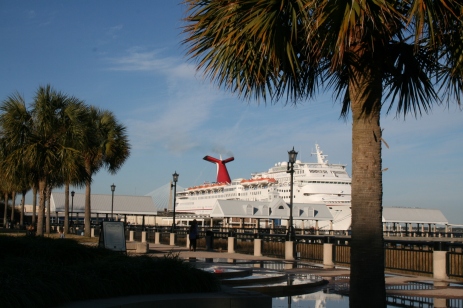 Great place to catch a cruise! 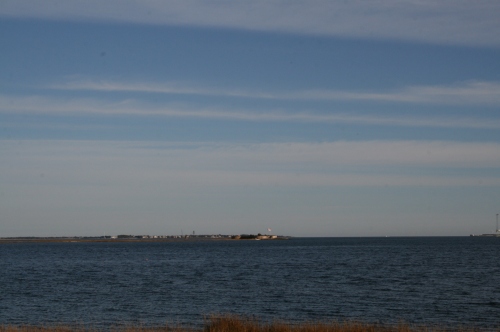 Fort Sumter, across from Charleston 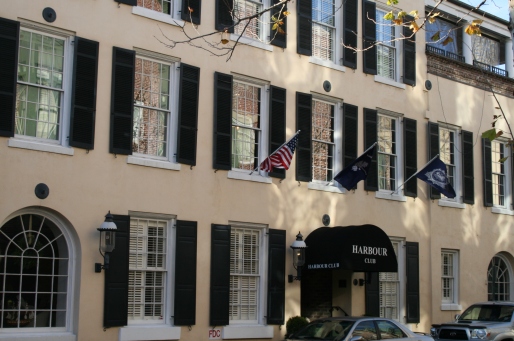 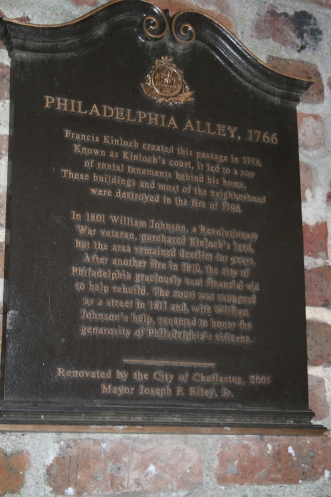 Lookie-Philadelphia Alley. We looked for a cache down here, but could not find it. 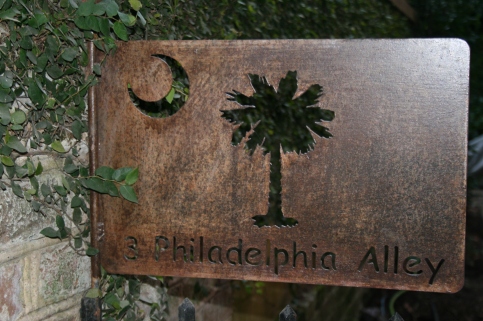 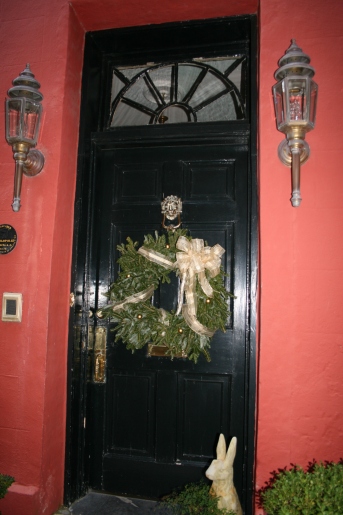 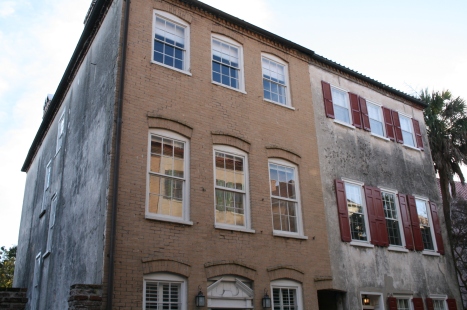 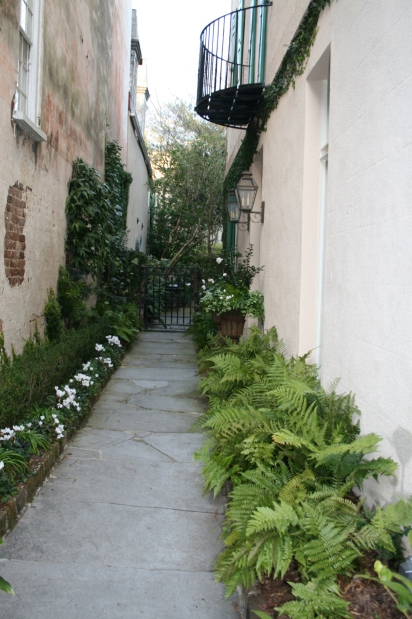 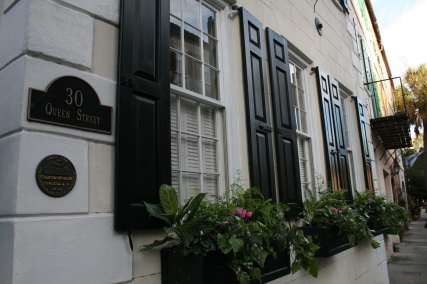 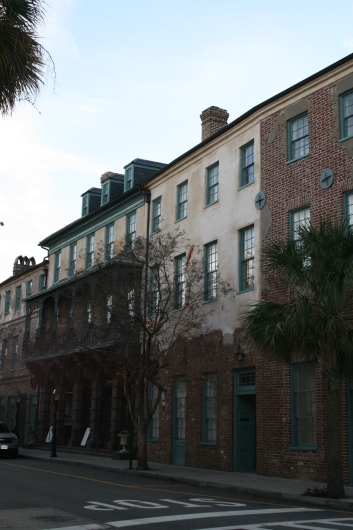 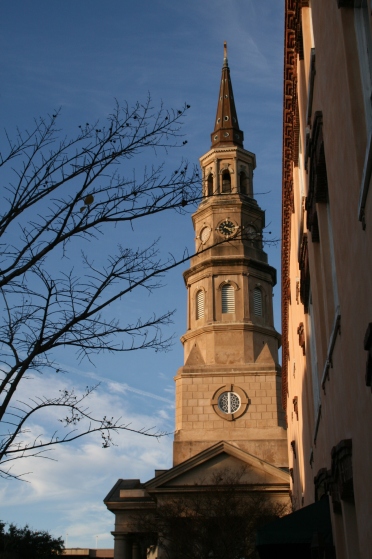 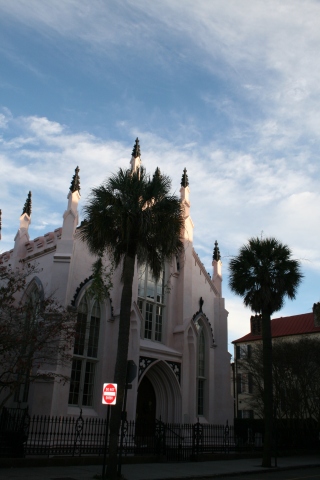 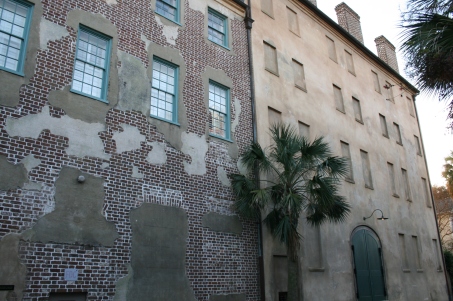 That night we walked around and did a bit of shopping with the gift card we couldn’t use at the plantation. That was fun! We bought many little things for gift baskets for my family.

We then walked to a nice restaurant that we had a $75 off coupon for from the hotel package. It was pretty crowded. Sean and I got two salad entrees by mistake (one was an appetizer), but we had a decadent desert, like a chocolate mousse cake.

We read about a huge holiday light display about 15-20 minutes away and decided to go! We saw 100s of displays and millions of lights. It was a huge place to drive through. There were even people roasting marshmallow around a fire pit. Also a gift shop to explore. 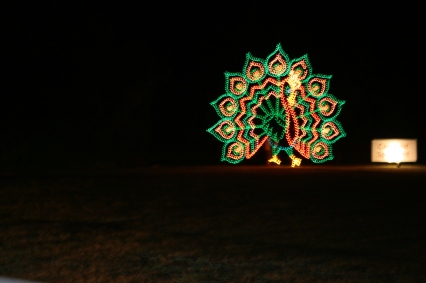 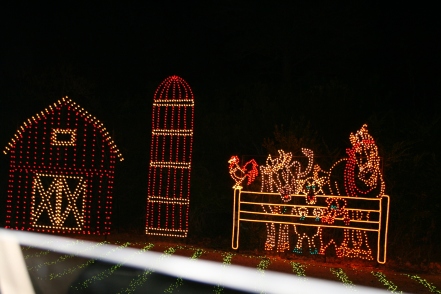 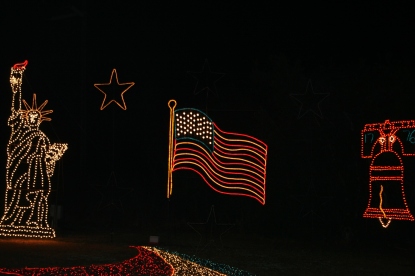 I believe the above was sponsored by a place up from near us! 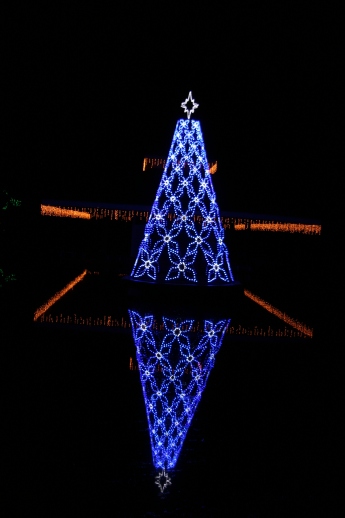 We never seem to have enough time. So much more to see in do, but we had to head north the next day.