We found our hotel in Brooklyn fairly easily, but the parking was limited behind the place. The receptionist said to park anywhere on the streets around it, so after a few times circling, we found a tight spot. Unfortunately there was a broken bottle we had to kick away from the rear of the car.

The room was really tiny with the double beds and bathroom within a foot or so of the one bed.

From the front desk’s recommendation, we walked over to 5th Ave. for dinner. It was a bit of a walk and I was getting fatigued and very warm. We were looking for a ‘diner’ place and did find it. We had the Nathan’s hot dog around 5 or so, but by 8:30, we all had breakfast food!  Can’t beat that and the price of dinner was good. We looked in store windows after we ate and saw some interesting things. 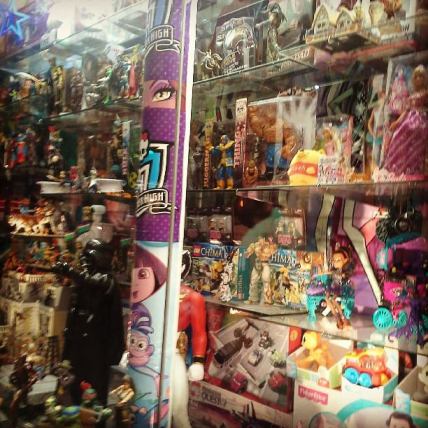 She was in the Gremlin movie-lol 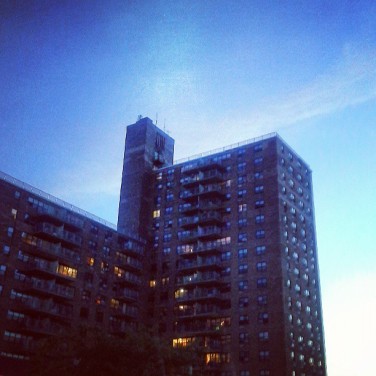 all around, here and there.

Personally, I need to be able to get out the door quickly, and when needed see green grass.

We wondered where Woody Allen and other famous Brooklyn natives lived too.

The next day we set out for the Brooklyn Museum. Sean read where there was a display or maybe separate building for the Dodgers. We got there and it wasn’t open until 11. We were on a time crush as Brian had to get to work in the late afternoon. 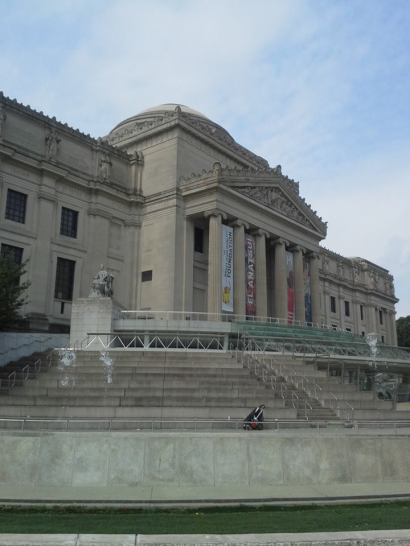 There were ‘jumping’ water fountains out front. Cool.

We started to look for a cache, but in the wrong park. We were looking in the park for the Brooklyn Botanical Gardens. Speaking of which, I’d love to go in there sometime too! 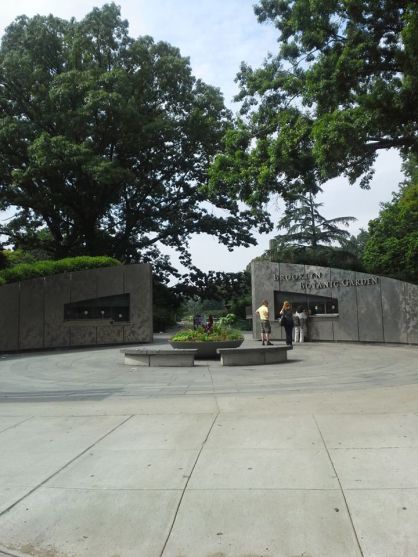 We then got in the correct park, called Prospect Park. It was looked like a tree hide, but we just couldn’t put our finger on it. (Sean and I were looking and he drove a bit that day).

We then started for home. Get this, Sean bought two NY lottery tickets and wanted to cash in his $3 winnings. We stopped in Staten Island and he got it and we got a cache in a little park there too! That was a little walking in weeds and loaded with skeeters, but Brian and I got it in about 10 minutes or so.

We stopped for a late lunch and it was raining quite a bit on the way home. Brian was about 1.5 hours late for work, but he stayed later too.

It was a pretty neat trip and we are glad to see other parts of New York.