Since we’ve lived near Chadds Ford and enjoy it’s beautiful countryside, we decided it was about time we went to see the annual pumpkin carve as sponsored by the Chadds Ford Historic Society. I mean, 26 yrs is a long time not to see this artistry event. What piqued my interest was knowing an artist pal was going to carving a pumpkin. She’s been doing it a few years as has Bam Margera’s mom (the guy who does stunts, etc on his own show). It’s been an event since 1970 and it’s almost right across from the Brandywine River Museum and the banks of this river too.

This was down our road a bit. We left close to five as that’s when it started. I know after the rain we are expecting in a few days, we won’t be seeing the leaves anymore.

We got there early, we enjoyed walking around several times, but it did get more crowded.

They had until 7 pm to carve before judging began. I asked if they got to chose their pumpkins and the artist said they got what was there waiting for them.

Jennifer lives near Lancaster. A great artist and photographer. She won ‘Best Halloween Theme’ this year and last  year.

Ran into three classmates from high school also! Two from my class and one from my younger brother’s class. The three of them were meeting up here.

It got really crowded too. I drove by tonight (Friday) and got stuck in a traffic back up.

This was outside the carving area where a band was playing. They had picnic tables, picnic type food, t-shirts to buy and raffle items. Brian put a ticket in for Eagles football tickets as he and Sean have never been to a game. I sure hope they win!

I’ll be putting all these up on Flickr.  And thanks to Brian for taking most of them.

I went down today and took my mom to a  shopping center. We enjoy The Dollar Tree and a little thrift shop next to it. She then took me for some Chinese that I was able to share with Sean as I only ate half of it.

We are waiting on Hurricane Sandy to come up the coast and she will probably dump a lot of rain from Sunday to Monday. As I type this, she may be tracking in a somewhat different direction, but it doesn’t look good. I will be making some egg salad, etc to have something to eat. We will fill up something with water outside as our toilets won’t flush if the power is out. Keep us in your thoughts. 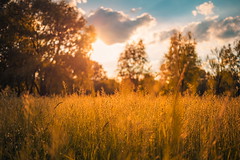 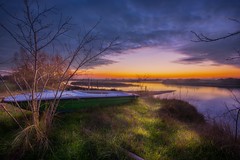