Friday seems to be our day to go out shopping and caching. A antique mall down in Newark, DE had a sale going on and since I haven’t been there for a few months, we headed on down. It’s near where we bought our Mariner and we kind of forgot where to go. Anyway, found some great old photos and a big bag of vintage greeting cards and some little figurines. I got between 20-40% off. My ‘prize’ was a trio of photos of a little girl (back in 1921) named Irene posing. She may be someone’s abandoned relative, but at least she has a name. I’ll share photos soon. I may redo the frame and matting and I will hang it up.

As for cache hunting…we (well me, but Bri too) wanted to find #50…and we did! It was a funny looking vial, I don’t even know what it’s for and don’t want to know.

The next one was near a mural in the town. I think it was on some traffic signal sign right where people were zooming by…passed that one, but the mural was cute. Didn’t take a photo, but will if I look again sometime. This was a noisy, going in circles kind of area. And it was hot, so not fun as it could be. I do like the town as it has some cute shops…will come back when it’s cooler.

I happen to see there was one right near a fountain at the University of Delaware, a very nice campus. We looked in the blazing sun again for a nano-those tiny ones, no luck. 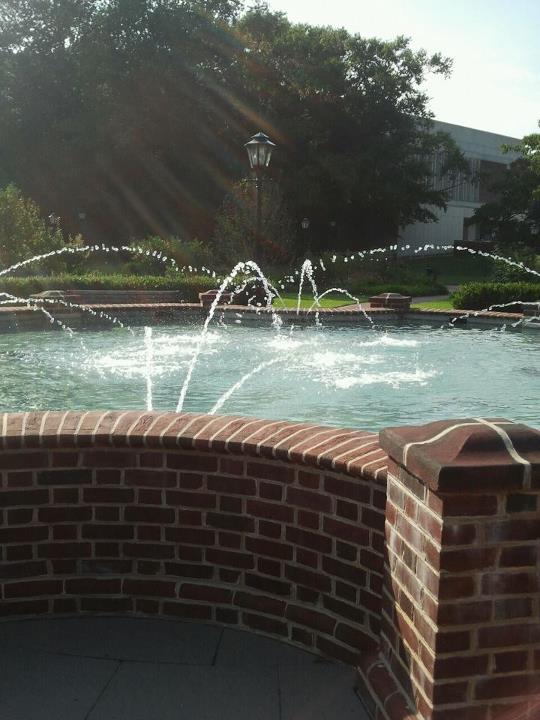 Found the below in a cemetery. We were all sweaty after 10 minutes!

Bri’s getting good at spotting these little containers. Glad it was blue!

We did drive-thrus in few shopping centers on the way home. The one may have been in bushes, but again I looked, but didn’t dig deeper as there was a ton of traffic in that area. I lost the GPS at the other shopping center. These are some in shopping areas we go to once in a while. so we will look again. I am liking the big ammo boxes and down in Delaware we can find quite a few along the Delaware Geocaching Trail.

We stopped for a yummy cheese steak sandwich in a shop that was too warm. A few doors down was a cupcake place…yeah, I splurged ($2.25 each). I got one with Carole/Pea in mind as she’s at a tribute event for Elvis this weekend. I tried half-it’s a banana cupcake with peanut butter frosting and bacon. I thought it needed more of a contrast between sweet and savory. The other I bought was a Key lime with coconut cake-nice. 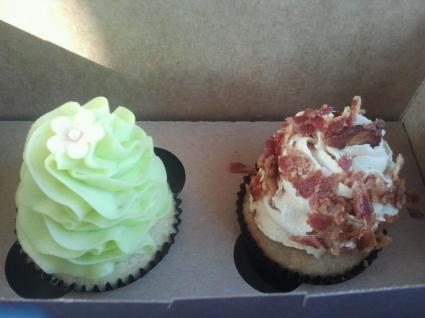 We watched the Olympics-nice opening across the pond in Great Britain. Some of those countries need to rethink how they dress their athletics. Many were comical to say the least.

We are planning a few activities-a ghost tour in Philly-but Brian and me. We are going the 15th of August, so pray it’s cooled off by 7 pm. They last about 1.5 hours.  This is a Livingsocial deal.

And we are thinking about the Beatlemania event that is held over Labor Day weekend that we went to last year in Maryland. Just one night and there are a few ticket deals online. We had fun last year and Sean said he’d buy his own admission too. Got to get that booked.

A photo from last year…