Facebook is a good place to find places to go on the weekend! A pal in New Jersey mentioned she went to the Sugarloaf Craft Festival in her state last weekend. I looked up the festival and its next stop was Oaks, PA. this weekend! 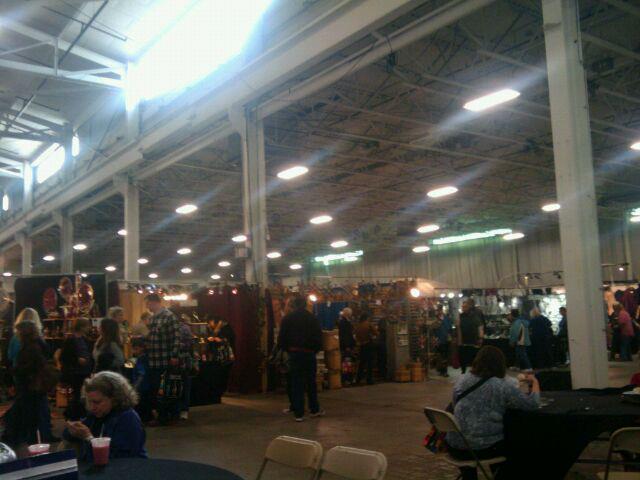 I asked Brian if we could go and he said fine (it’s about an hour away). It was easy to find and very crowded. I had coupons off the internet, so we saved $1 each.  The first thing that caught my eye was this: 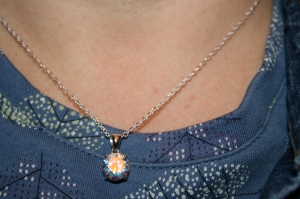 I didn’t purchase it  right away, but Brian did buy it for me as a birthday gift. This isn’t the chain it came with as it was a bit too short for my liking. The gem is a Mystic or Rainbow Topaz-the topaz is my birthday gem and it comes in all colors, though this colorless stone is treated with something to give it an aurora borealis appearance. This photo doesn’t do it justice-guess it’s about 2 carats and wasn’t really pricey.

There were over 250 vendors and most of the items were priced on the high side. I got a good look at gorgeous scarves, but  for $45-160, I will make my own or find them elsewhere. We did buy some chocolate and candy goodies to enjoy and give as gifts. I tried a slushy wine product (yum).

I happened upon this pottery place and decided to get a large mug-it’s like 12 oz or more! Only $10. Then I saw a chowder bowl, which is good for my oatmeal and cereal.

And compared to the one I bought in the 1970s that my mom returned to me a few years back: 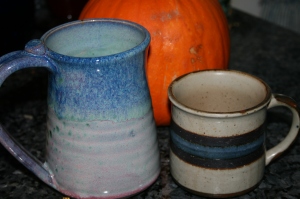 This company is called Transformations

See how it goes from the state of Pennsylvania and  Declaration of Independence and is transformed into the Liberty Bell?
Bought some nice soap from North Carolina:

This is sitting on top of a couple of sheets of homemade paper I bought.
When we were leaving to go to the Chester County booksale, I took this photo of the 1918 Oaks train station out the car window:

We got to the book sale about 45 minutes before it closed. I managed to find a few books from the Martha Stewart Halloween book to the Chincoteague Island book (from 1977). I think they all (plus a paperback Bri got and one I got for his dad were $12.

I’ll let you know if the flat belly diet works! LOL Saw the authors on Rachael Ray a year or so ago and was intrigued, but not intrigued enough to spend $25.
Nice illustrations in the clothing book:

The lighthouse we saw a few months ago:

Cute cover of the book

I went with Brian to see his dad, it’s been a long time since I saw him, but I hear him every day several times a day as Bri must use the speaker part of the phone all the time. We went food shopping for him too.
Also wanted to share some roses I bought-$1 a stem at Fresh Market. They had about 15 or more different colors. They lasted beautifully. 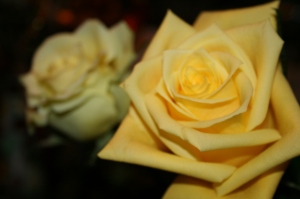