Brian actually picked up the ‘Black Hat Society’ clipping yesterday from a pile that I found in a catalog and I used it today. Someone sent me the admit one tickets and the red sparkly embellishments are new.
Today, I went to wash clothes and a pipe from the kitchen sink was really leaking a lot into the basin under it. The thing is, it’s been leaking for months and months. We called a local company, they were here within an hour and it’s fixed, though my purse hurts, but it’s about time. We have another leak at times, the pipe from the toidy and that was $500 more,so me passed. They don’t just patch it, they replace the entire piece. The new stuff has a 2 year guarantee which is good. We’ve been gradually getting new pipes. We meant to ask him why the hot water pipe in the bathroom vibrates sometimes.
Of course the BIG NEWs was watching the Chilean miners getting rescued. What a joyous time. I didn’t know they had cots, etc. way down 1/2 mile under the ground. They really had it rough for days and the one fellow who is only 19 was so hungry, he dreamt of his mom bringing him food and cried. Heartbreaking. 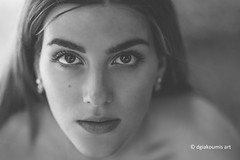